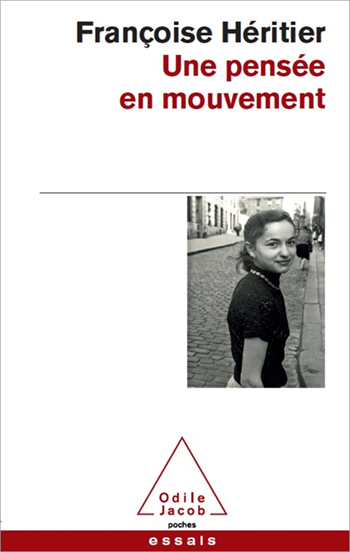 Françoise Héritier is an honorary professor at the Collège de France and at the Ecole des Hautes Etudes en Sciences Sociales. She is the author of such highly successful and acclaimed works as Masculin/Féminin I and II, Les Deux Soeurs et leur mère and, recently, Le Sel de la vie.

‘In my youth, I was more interested in other places and other times than in the here and now… My encounter with Claude Lévi-Strauss changed my life by directing me toward social anthropology.
‘I have neither the pretention nor the naiveté to believe that anthropology can directly change how people think, but anthropology does play a part in social life, both through its thinking and its actions, and it mobilises its knowledge in new areas which must be signposted: the male-female gender relationship, the changes in the forms taken by sexual, conjugal and family life; the future of research, the relations between communities, the difficulties encountered by young people, the construction of a sense of identity and of difference through the eyes of others, etc.,’ writes Françoise Héritier.

This book traces the career of Françoise Héritier, who succeeded Claude Lévi-Strauss at the Collège de France, and continued and developed his work on kinship theory.

• Françoise Héritier is a renowned anthropologist and intellectual who is deeply committed to women’s rights and to the defence of the underprivileged.
• Her book provides a thorough analysis of contemporary political, social and cultural problems.
• Le Sel de la vie, the author’s previous work, sold more than 150,000 copies.