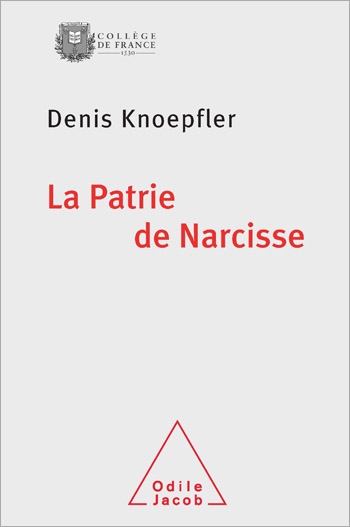 Narcissus and the Greek City

Denis Knoepfler, a Swiss specialist in epigraphy and the history of Ancient Greek cities, is a Professor at the Collège de France and a member of the French Institute.

In this remarkable, erudite and beautifully written investigation, a renowned expert in Ancient Greek history sets out to uncover the true historic origins of a familiar figure from Greek mythology — Narcissus.
The story of Narcissus has travelled through the ages, with frequent manifestations in literature and the visual arts. Yet how far back in time do we need to go to discover the first references to Narcissus? How many different stages did the figure of Narcissus evolve through, before becoming fixed in its existing form? The investigation ends with the discovery of Narcissus’s origins in Eretria, a small city on the island of Euboea.
How was the myth constructed? What role did it play? How was the myth modified as it gradually travelled throughout Greece?

• A highly unusual exhibition about the Greek city of Eretria will open in September 2010 at the Antiken Museum of Basle, Switzerland.