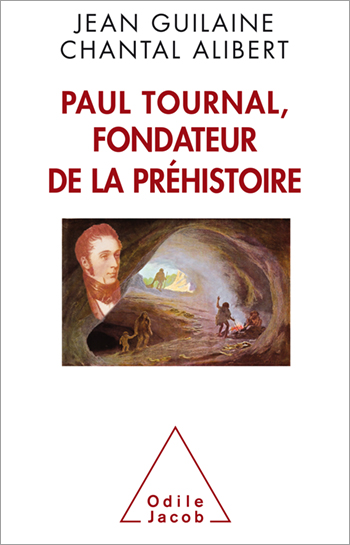 Paul Tournal, The Inventor Of Prehistory

Jean Guilane is a professor at the Collège de France, Director of Studies at EHSS and a member of the Institut de France. A renowned specialist on the Neolithic age, he recently published La Seconde Naissance de l’homme (The Second Birth of Man — 2015 / 9782738132611).
Chantal Alibert, an archaeologist, novelist, president of the Narbonne Archeological Film Festival, is well known in both Narbonne and Paris.


How was prehistory born?
How did the existence of fossilised human remains finally come to be accepted? In this book, Jean Guilane and Chantal Alibert lead us towards an understanding of the invention of prehistory. We owe this revolution in thinking to the initiative of one man: Paul Tournal. An unconventional personality who contradicted prevailing doctrines and institutions, he was the first to defend — three centuries before Darwin — the possible existence of an ancestor of human beings long before Antiquity.

But this book is about much more that the simple account of the beginnings of a scientific discipline: it is about the revolutionary idea, the disruptive idea, of a large-scale history of humanity and the quest for the origins of our species, far removed from legend and myth. We understand how this invention of prehistory had to confront huge obstacles in the form of religion, science and technology.