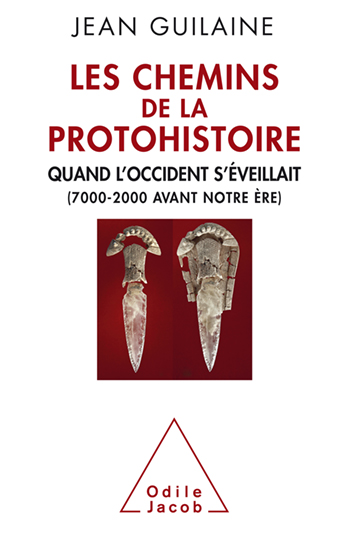 Jean Guilaine is professor at the Collège de France, directeur d’études at the EHESS, and member of the Institut. Considered one of the foremost specialists of the Neolithic period, he is the author of La Seconde naissance de l’homme [The Second Birth of Man] and Pierre Tournal, fondateur de la préhistoire [Pierre Tournal: The Founder of Prehistory].
How does one go from prehistory to history? What great events mark the boundaries? A great specialist of the Neolithic period, Jean Guilaine in this book gives life to this decisive period, this “History before History,” which spans from the Fourth Millennium to the Roman conquest of Gaul.
It was a revolutionary period: the hunter-gatherers of prehistory became sedentary farmers. In addition to the invention of agriculture, and with it, the village, there was also that of metallurgy and the political organization of societies through the establishment of the power of leaders.
Everything changed then: man learned to master nature, forged the notion of time, created gods and trained warriors, left on pilgrimages and nourished a sense of the afterlife, carved menhirs and worked with metals, domesticated animals and engaged in the earliest of commercial traditing. The Mediterranean basin dominated the world.
Jean Guilaine focuses here on these revolutions, while making accessible to the general reader the great changes that would preside over the birth of history and modernity. For Neolithic man is a close neighbor: the civilization he established is still, in large part, our own.