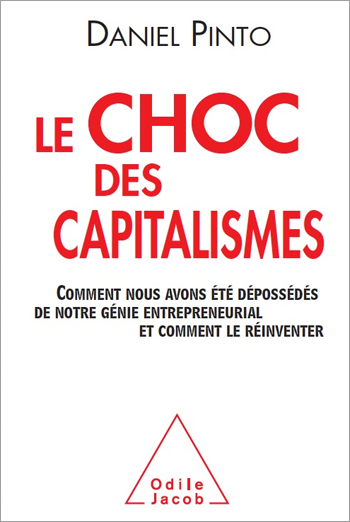 Daniel Pinto is the cofounder and Chairman of Stanhope Capital, one of the major independent asset-management groups in Europe. A former investment banker, he has served for 20 years as a financial adviser to governments, executives of large groups, industrialists, entrepreneurs and some of the richest families in the old and new worlds.

How and why did the West ‘forget’ what to do to ensure economic growth? How did nations, which until recently prided themselves in their cutting-edge technology and their creativity in multiple fields, suddenly and so quickly lose their competitive lead? Market economies and globalisation cannot take all the blame, since other nations are succeeding in the present economic climate.
Daniel Pinto argues that it is a mistake to blame capitalism and that contemporary entrepreneurial capitalism has simply changed teams. Today’s visionary business creators and captains of industry are in Brazil, India and China rather than in the U.K. or France. By breaking the emotional link between stockholders and business enterprises, western capitalism is rapidly destroying itself. The magic formula government + business + market, on which the strength of western capitalism rested, has since been successfully adopted by the emerging nations.
In a searing indictment of the financial and business worlds, with which he is personally widely familiar, in the East and the West, Pinto proposes a number of controversial, politically incorrect solutions (particularly regarding executive remuneration packages) to regenerate capitalism and enable the various players to regain an active role.


• Does capitalism still have a future? This book shows that it does, but only if it retrieves the formula that led to its success: the spirit of enterprise coupled with state support.
• Drawing on his extensive experience in finance and in high-ranking business circles, Daniel Pinto gives his uncompromising assessment, illustrated by numerous personal anecdotes.
• Concrete proposals to change the rules of the game.