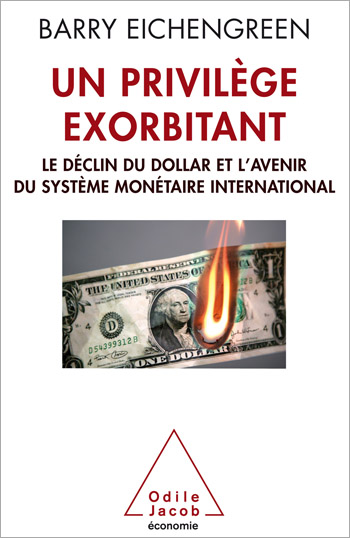 A professor of economics at the University of California at Berkeley and a former senior policy adviser to the International Monetary Fund, Barry Eichengreen is an internationally respected expert on international monetary questions, consulted by heads of state.


How can the dollar maintain its worldwide supremacy at a time when the U.S. economy is in decline? How can the international monetary system be reformed to put an end to the “currency war”? Barry Eichengreen proposes a historical detour to show how the dollar acquired its unparalleled hegemony. He explains, clearly and pedagogically, the “exorbitant” advantages that such a privilege has granted the U.S. economy, allowing it to finance its colossal debt at a lower cost.
The author shows how the dollar is being challenged today by the euro’s bid to act as an alternative currency and by China’s desire to strengthen the role of the yuan in international transactions. He urges the creation of a multipolar financial system in which the euro would hold a pivotal position.

• A pedagogical book, amply illustrated with anecdotes and profiles (Willy Brandt, Valéry Giscard d’Estaing, Jacques Delors, etc.) that render an a priori dry subject lively and attractive.
• The stakes in the currency war and the reform of the international monetary system are particularly well explained.
• The reform of the international monetary system is on the agenda of the next G20 summit meeting, to be held in Cannes in November 2011.