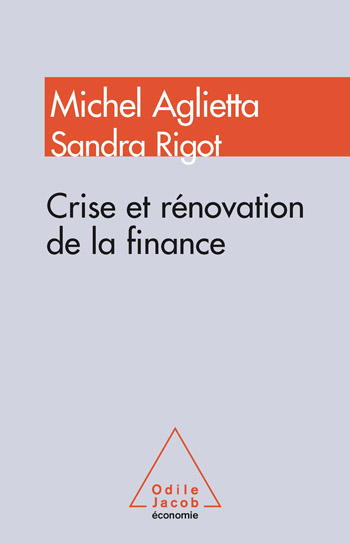 local_libraryTake a look inside
In a prescient book published a year ago, Michel Aglietta announced the present financial crisis, describing how and when it would occur. In his new work, he makes his diagnosis and proposes solutions to end the crisis.

His argument revolves around the central idea that long-term economic goals should replace existing short-term goals. Today, whether in the case of subprime loans offered at variable interest rates, or of corporate governance determined by share prices, it is the short term that dictates its law. But, as is generally known, financial fluctuations are most violent over the short term, and they flatten out over a longer period of time. Michel Aglietta and Antoine Rebérioux make two proposals. First, they argue that long-term investors — such as sovereign wealth funds or the French Caisse des Dépôts — should take over the financial commands of the economy. Secondly, they say that corporate governance must change, that managers' salaries and bonuses should stop being contingent on stock performance, and that stock performance should cease being determined by rating agencies. Instead, they argue that the goal of corporate strategies should be sustainable development — and that, of course, is a long-term goal.

In his new book, Michel Aglietta, one of France's leading economists, provides a clear analysis of today's economic and financial crisis, whose nature and evolution he had forecast.

To end the crisis the authors make some simple and sustainable proposals that will doubtless provoke much public discussion. Their accessible offers new ideas to overhaul an economic system that will never be the same again.

Antoine Rebérioux is a lecturer at the University of Paris X-Nanterre.