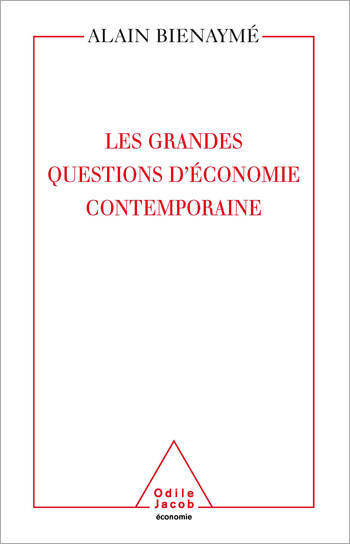 The Great Issues of Contemporary Economics

local_libraryTake a look inside
In their own ways, both Keynes and the Internet signalled major breaks. The economist John Maynard Kenyes revealed the insufficiencies of a market economy and proposed some short-term remedies, whose failures only became apparent later. The Internet springs from the worlds of the economy, technology and information. Sixty years separate the death of Keynes and the advent of the Internet  a period of time which saw the explosion of the production of goods and services worldwide and the tripling of the worlds population.
Which of the economic theories developed during those years should be remembered, given the numerous errors and false predictions they gave rise to? Were these errors any worse than the ones developed in 1920-1930? In any case, such errors should not overshadow the real advances that have been made by economic theory.
Alain Bienaymé gives us a broad overview of how economists illuminate the transformations and development of economic activity, as well as its ruptures. He puts into perspective some major developments in economic thought on such issues as market theory, business enterprises, the partnership between industry and finance, and the State, and looks into the perennially crucial questions of growth, development and openness to competition. Finally, he examines the major challenges facing economics  that science of an imperfect world.

Alain Bienaymé is professor emeritus at the University of Paris-Dauphine. He is a former president of the jury of the agrégation in economics and the author of Les Nouvelles Approches de la concurrence (2002), Principes de concurrence (1998), La Réussite des entreprises familiales (1996) and Le Capitalisme adulte (1992).