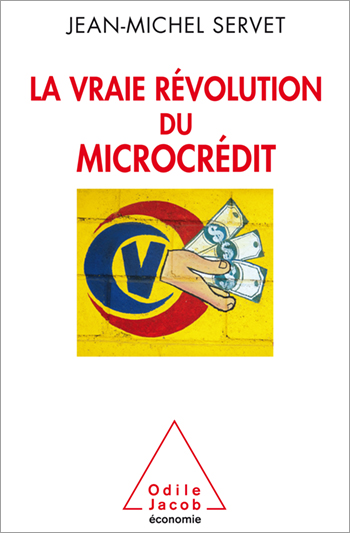 Jean-Michel Servet is a professor at Geneva’s Graduate Institute of International and Development Studies and a research fellow at the Institut de Recherche pour le Développement (Paris) and at the French Institute of Pondicherry. He is the author of Banquiers aux pieds nus (Editions Odile Jacob, 2006).

Microcredit aims to offer loans that answer the needs of people who live on the margins of finance and who do not have access to traditional bank credit. It has been immensely successful: more than one billion people, primarily in Asia, have recourse to microcredit.
But does it qualify as a revolution? Probably not, according to the author, who reminds us of the context in which microcredit was born (to promote an allegedly pacifying and liberating market), and then goes on to make a detailed critique of the belief that microcredit will relegate poverty to ‘poverty museums’, in the famous expression used by Muhammad Yunus in his Nobel Peace Prize acceptance speech, in 2006. The author shows that all the conditions that would enable microcredit to eradicate poverty are rarely met. In addition, Grameen Bank’s initial project, which involved granting loans to small groups of borrowers, had to be revised in the 1990s, because of borrowers’ frequent inability to pay back their loans, with the result that individual loans are now preferred. Ironically, microcredit would seem to increase as income rises.
This is what the author demonstrates here. If a revolution did take place it occurred in microfinance, which, in order to respond to the real needs of poor people, developed other financial services besides microcredit: savings, transfer of funds, payment of mobile phones, micro-insurance. Analysing the mechanisms of the ‘real revolution’, Jean-Michel Servet shows that an alternative form of finance is possible, one in which money and credit are common goods.

• This book criticises some of the false hopes that microcredit gave rise to and which have been sustained by compliant arguments.
• The development of microfinance contains the seeds of a real transformation.