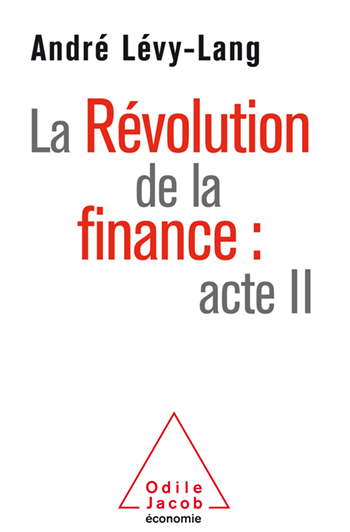 The Revolution of Finance: Act II

André Lévy-Lang has been president of Paribas Bank. Trained in physics and economics, he is associate professor emeritus at the Université Paris-Dauphine. He is chair of the supervisory boards of the newspapaer Les Échos, the Institut Louis Bachelier, as well as the Institut Français des Relations Internationales and of the Fondation du Risque [Risk Foundation].

Act I of modern finance began with the dollar being taken off the gold standard in 1971, which was the beginning of a long period of prosperity for financial enterprises. The crisis of 2008 abruptly brought the party to an end…

Following that crisis, the regulation of financial institutions was considerably reinforced in the goal of reducing risks and reestablishing confidence, a “public good” indispensable to the functioning of the economy.

At the same time, since 2008, the widespread use of smartphones and high-speed internet has enabled the exponential development of social networks, they, too, based on confidence, that of their users who utilize applications that are generally free, the users agreeing to allow their data to be used for commercial ends. This revolution through data has caused the emergence of new, unregulated actors, the GAFAM (Google, Apple, Facebook, Amazon, Microsoft) and the Chinese BATX, which today are proposing their services in finance and are competing with the traditional actors. This is Act II of the Financial Revolution.

What will be the outcome of this battle between the new digital giants and the traditional actors in finance? Don’t the former hold decisive advantages with the power of their algorithms and the attractiveness of payment services on the internet? Will the latter be able to adapt to win back clients who today are seduced even more by the new offerings, which will be further strengthened with 5G?

Lévy-Lang’s book demonstrates this: nothing is decided yet, because the question of confidence and the secrecy of data is at the heart of this Homeric battle.