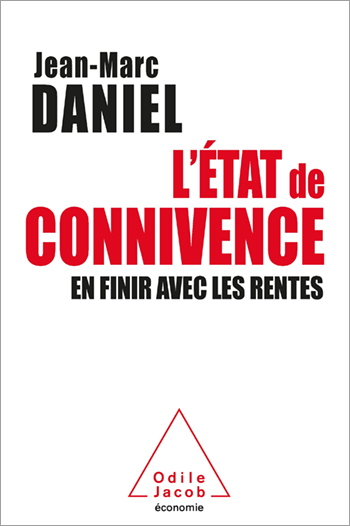 Jean-Marc Daniel is a professor of economics at ESCP-Europe and a senior lecturer at the Paris Ecole des Mines and at ENSAE. A specialist in economic policies, he is a columnist for the French daily Le Monde and for BFM, a business and economics radio station. He is notably the author of Histoire vivante de la pensée politique, Le Socialisme de l’excellence and Huit Leçons d’histoire économique (Éditions Odile Jacob, 2012).

‘The disappearance of capitalism as foretold by the socialists of the past will occur but to the advantage of… capitalism! What should one understand by that?
‘We’re living off the economic strength which States acquired through a conniving form of capitalism, consisting of rentiers, privileged situations, confiscatory taxation, created wealth, and oligopolies pompously known as “national champions”.
‘We declare that this form of capitalism is historically doomed and that it is possible to switch to a capitalism of talent, based on high standards, equal opportunity and State solidarity: a form of capitalism that we will call competitive capitalism,’ writes Jean-Marc Daniel.

With the polemicist’s talent that he is known for, Jean-Marc Daniel challenges the notion that the crisis is due to issues of employment and/or competition; he denounces the rentier-based State and suggests that the State should revert to its principal task, i.e. the fight against poverty.

• The author is a well-known journalist, essayist and a talented polemicist.
• Some of his proposals which are bound to stimulate debate: eliminate the status of government functionary; inject competition into the health system and education; progressively do away with income tax.