...
Catalog
Human Sciences
Economics and Finance
Where is the World Economy Headed? 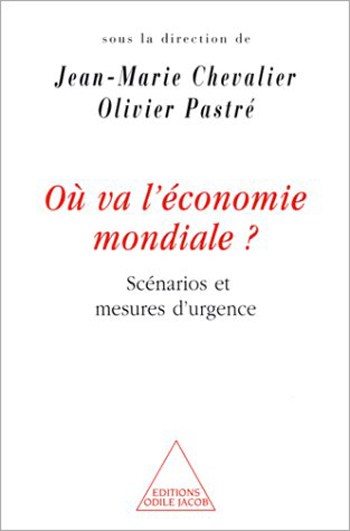 Where is the World Economy Headed? Scenarios and Emergency Measures

local_libraryTake a look inside
How did U.S. foreign policy since the Gulf War create a climate of hatred that can help explain the attacks of September 11th? What is the power of conviction of the Jihad? Do the terrorists have a plan? What are their connections with money, i.e. from businesses, oil, drugs and crime? What is the potential economic form of the new alliance between Washington and Moscow?
Behind these questions, relating to the present circumstances, lie other, deeper issues. Does the triumph of the market indicate the end of history, or does it point the way to a clash of civilisations?
Such basic issues will directly affect the economy, in three main areas at least: the workings of the globalised world economy, the transformations that some of todays key sectors will undergo, and the risks and insecurity that will have to be taken into account.
Ever since the fall of the Berlin Wall, the world seemed engaged in an inescapable process of liberal globalisation, marked by the domination of market forces, the decline in state power and the development of trade. Is this powerful trend likely to be reversed? Until recently, economics was the deciding factor, dominating all political considerations. But following the attacks, there has been an increased demand for state intervention and protection and increased regulations, all of which could lead to a reversal of the trend.
Although every sector has been affected, some have been more so than others. Energy, transportation, tourism, new technologies and banking  sectors that are known to structure all economic activity  have been particularly affected. How is the climate in these areas likely to evolve?
The handling of risks, uncertainty and questions of security have become major issues, and may well result in a demand for a stronger state  which could in turn lead businesses to redefine their strategies.
Faced with such crucial problems, the authors of this book have decided to attempt to clarify certain aspects of the evolution of the world economy in the wake of September 11th.