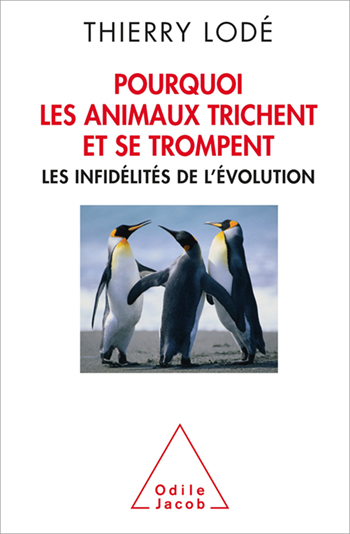 Why Animals Cheat and Make Mistakes

‘One often imagines living organisms lining up in their evolutionary order as if they were in the corridors of a museum […] As if everything had begun with a prebiotic bubble and then gradually, after a long organic transformation, resulted in Cro-Magnon Man. A linear evolution, with desire focused solely on reproduction — that bold adventure of life forms bent on a single obsession: to succeed in leaving behind as many of one’s genes as possible to an impertinent lineage.
‘But that is not the actual story as recounted by animal life. Errors occur and are not corrected. In fact, the number of so-called mistakes is immense. Darwin opened a door, but he was not always right. From octopuses to parrots, from amoebas to Colobinae, wherever you look, evolution never seems to reward the best candidates.
‘So what do all those bold acts of seduction, those multi-coloured costumes, those wrong turnings, whims, deceptions, jealousies and separations have to do with evolution?’ asks Thierry Lodé.

• A work in the spirit of Stephen Jay Gould.
• A book that questions some of the postulates of neo-Darwinism: the process of natural selection also includes errors.
• A major contribution to evolutionary biology.