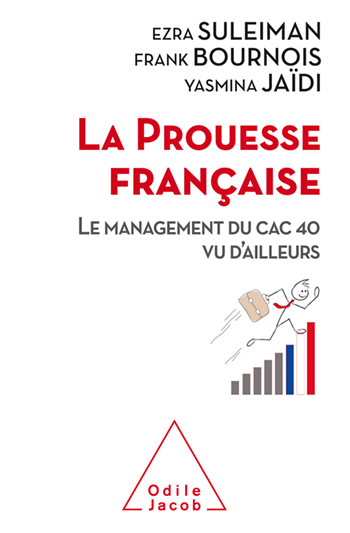 Ezra Suleiman is Professor of Political Science at Princeton University and author of several books published in France, the last of which is Schizophrénies françaises (French Schizophrenia) (Grasset, 2008).
Franck Bournois is Managing Director of ESCP and a professor of management.
Yasmina Jaïdi is a lecturer at the University of Paris 2 Panthéon Assas
Based on a large survey of foreign-born executives of the CAC 40 companies, this book carries a very strong message: French management style, when distanced from received ideas, reveals profound changes which probably foretell a more general change in French society.
The authors of this book emphasize that globalization has acted as a constraint which companies have been able to adapt to. The result is a managerial culture, very French, characterized by a subtle combination of concern over performance and human preoccupations: rigour and sense of innovation, attachment to hierarchy and closeness with the leader.
French managers who are known to be attached to a model of excellence are also more accessible, closer to their staff and more creative than could have been imagined.
This book does not merely highlight the assets of French managerial culture. It also shows the limitations and challenges it faces in terms of decision-making processes, of delegation and trust, in order to progress and be better understood and accepted.