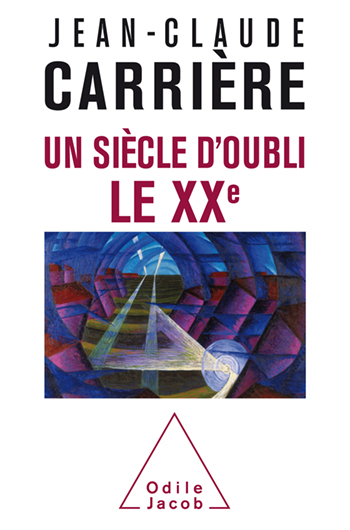 Jean-Claude Carrière is a multi-talented creator: a writer, screenwriter, playwright, whosuccessfully divides his time between film, the theater, and literature. He has collaborated with famous authors and screenwriters, such as Luis Bunuel and Peter Brook. He is the author of many bestselling works, including Einstein, s’il vous plaît, Fragilité, Tous en scène, Croyance, La Paix and more recently, La Vallée du Néant et Ateliers.
"It's only a century, a hundred years, almost nothing in the rest of time; the century in which by chance I was born, I lived." J-Cl. C.
This book is a painting of the 20th century. Not a big monumental fresco. Rather, a collection of observations, which evokes the Victor Hugo of Things Seen, and which seeks to restore what this century was, what it was like to live there.
Carrière alternates between genres, travelling the planet over the last hundred years. There is a gallery of portraits, always delicate, often nostalgic or bitter-sweet, half-burlesque, half-tragic, crisscrossing famous personalities or
complete strangers, in a few lines or a few pages.
We revel in the story of forgotten episodes, anecdotes, lived or reported. Jean-Claude Carrière works as a historian, with small, unpretentious touches and equally with sharpness.