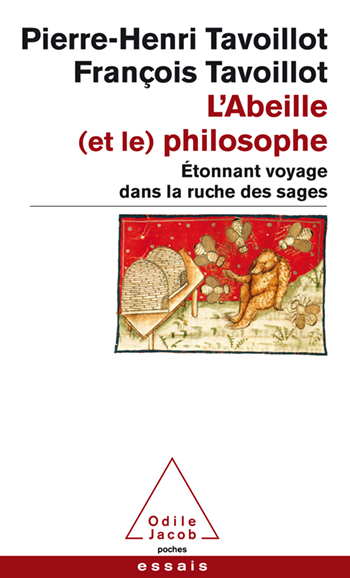 Pierre-Henri Tavoillot is a senior lecturer in philosophy at Paris-Sorbonne University.
François Tavoillot is a professional beekeeper, in the Haute-Loire, in south-central France.
Bees provide an ideal subject for philosophers. For centuries, bees have exercised immense fascination. Beehives have been regarded as humanity’s ideal mirror and as a barometer of human destiny. As a result, it was thought that the secrets of nature and the mysteries of culture were hidden in beehives.
This book recounts the extraordinary history of Western culture as it follows the bee’s delicate flight: the brilliance of Aristotle, the rule of Augustus, the debates of Late Antiquity, the beginnings of Christianity (Mary’s virginity, the principle of Creation, the Christian path to salvation, the excellent organisation of monastic communities, the Schism and heresies). Bees recur in the modern age, with the revival of Classical Antiquity and with the discovery of experimental science: for Petrarch, Montaigne and Jonathan Swift, bees hold the key to the age-long quarrel between Ancients and Moderns. In addition, bees played a part in the invention of the microscope, the development of natural history and advances in physics.
Now that bees are threatened with extinction, they are once more a subject of fascination and serve as powerful symbols, as shown by such expressions as ‘swarm intelligence’ (to refer to collective intelligence) and pollinating capitalism (to refer to the digital economy). Such is the saga of the philosophical bee that, from Antiquity to hypermodernity, has revealed large hidden areas of Western cultural history. Since its origins, the bee’s fragility and wisdom have been perceived as mirrors in which humanity can eagerly examine its condition and its destiny.

• A fascinating examination of Western philosophical and cultural history from the surprising viewpoint of the bee.
• Bees are at the heart of some major philosophical issues: the difference between humans and animals, the nature/culture dichotomy, the origins of life, the relationship to the divine, how to govern the city.