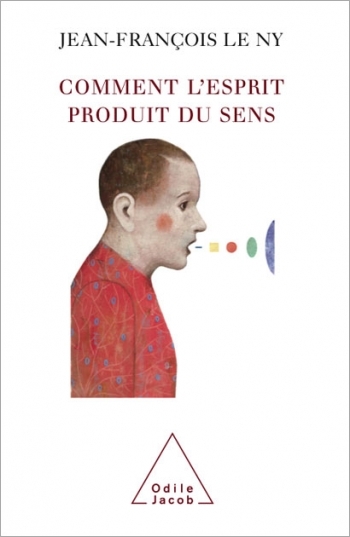 local_libraryTake a look inside
The function of language is to produce meaning - but the traditional notion of "meaning" has been revolutionised by recent studies in cognitive science. Meaning is now seen naturalistically as a complex representation formed in individual minds and brains, particularly during the comprehension process.
The goal of this book is to break down the activities through which meaning is constructed and to show the nature of the elementary representations that serve as its building blocks.
The descriptions of mental processes and of the structures of semantic representations are primarily based on studies and experimental results obtained in cognitive psycholinguistics.
This thorough examination of the sources of meaning by a renowned French specialist is a unique examination of one of the central issues in the fields of linguistics, philosophy of mind and cognitive science.

Jean-François Le Ny is a professor emeritus at the University of Paris-Sud (scientific centre at Orsay). He is a member of the computer technology laboratory of mechanics and engineering science, in the Human Cognition group. A former research fellow at the Centre National de la Recherche Scientifique (CNRS), he has also taught experimental and cognitive psychology and cognitive science at the universities of Lille, Paris-VII-Vincennes and Paris-Sud-Orsay. He is the author of Psychologie cognitive du langage (Dunod, 2002), La Psychologie (Larousse, 1995), Intelligence naturelle et intelligence artificielle (Presses Universitaires de France, 1993), Le Conditionnement et l'apprentissage (PUF, 1993) and Science cognitif et compréhension du langage (PUF, 1989).