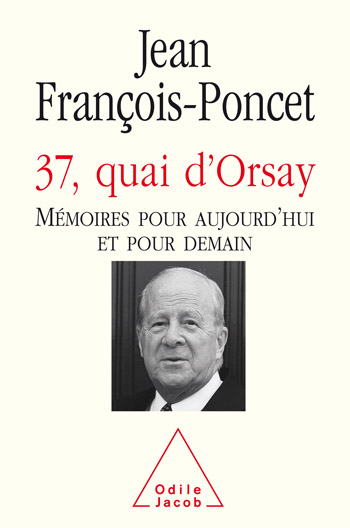 local_libraryTake a look inside
How does a citizen first get involved in politics? What are the hidden forces that prompt some people to enter the fray, with its uncertain outcome, and to expose themselves to a situation where every personal attack is permitted, while accepting that election day may bring defeat?

As an ambassador's son living in an elegant Parisian neighbourhood and a graduate of the prestigious Ecole Nationale de l'Administration (ENA), Jean François-Poncet could have become, in his own words: “a caricature of a bourgeois Daddy's boy, with only a superficial and deformed experience of politics and of France.” Rather than opting for a diplomatic career, or assuming some nominal Parisian political mandate, François-Poncet chose to serve in the Ministry of Foreign Affairs, while at the same time furthering the development of a region he cherished, the southwest of France.

It is this twofold commitment that he recounts here: his work at the Quai d'Orsay, where he was most notably the Minister of Foreign Affairs under President Giscard d'Estaing, and in the French provinces as the long-term President of the département of Lot-et-Garonne.

The author gives an inside picture of a number of events that have left their mark on the world we live in: the Treaty of Rome, the invasion of Afghanistan by the Soviet Union, and the proclamation of an Islamic republic in Iran.

Jean François-Poncet explains the beginnings of some lasting tenets of French foreign policy: Franco-German entente, European construction, relations with the Arab world. Eschewing the set phrases of diplomacy, he gives a lively, enthusiastic description of some of the noblest aspects of a political career: a strong local commitment, close to the needs of the people.

Jean François-Poncet is a French senator and political figure. He was formerly Minister of Foreign Affairs (1978-1981) and President of the regional council of Lot-et-Garonne.