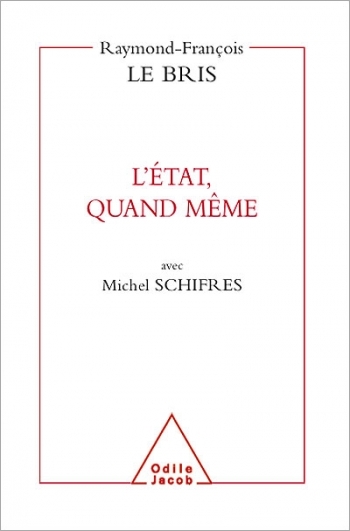 local_libraryTake a look inside
"If I have chosen to discuss the State at a time when it is under attack not only for the way it functions but sometimes even for the principles that underpin it, it is because I wish to express my conviction that the State must play an essential role in safeguarding our unity, our security, our cohesion, and our shared values.
"How can we fight against and overcome the inadequacies of the State? What sort of project can we offer state employees so that they can aspire to develop more efficient and more transparent government services with greater concern for citizens? What can be done to enhance the value of experiences that proved successful in the past?
"Drawing on a long and varied personal experience, the observations that sprang from it, and the battles that were fought and sometimes won, I am led to conclude that reform is the only possible outcome for the [French] State, which constitutes our common heritage. This does not mean the sort of reform that is decreed from above, or that ignores the experiences of other countries. It refers to a grassroots reform of the public services.
"Reform of the State is crucial. It is expected. And it is possible," write the authors.

Raymond-François Le Bris is a professor of law and economics. He was formerly a prefect in the French administration and the director of the Ecole Nationale d'Administration.