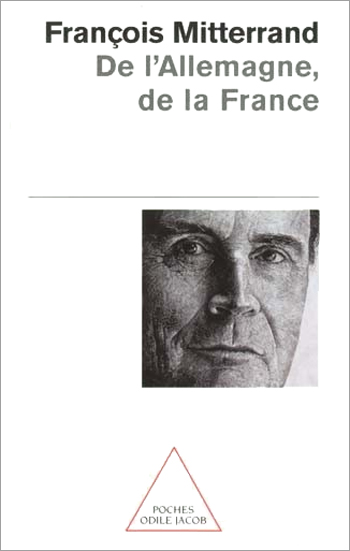 Of Germany and France (Coll. Poche)

I dream that Germany and France are predestined by geography and age-old rivalry to give Europe the signal. If they have kept the best of what I unhesitatingly call their instinct for grandeur, they will understand that this project is worthy of them. But first of all, they must convince themselves. France, always tempted by withdrawal into its own shell, has been haunted by the illusion of glory in solitude. Germany has always hesitated between two vocations: the first as a nation attached to the European Union, and the second as the heir of unnamed imperial ambitions. I will be told that all this is utopia. But how do you define utopia? Either it is totally absurd, and time will let us know, or it is but the anticipation of a new possible state of affairs. If such intentions make themselves powerfully felt at this unique moment in history when everything in Europe seems possible, then utopia will become reality. And many of you will be familiar with it. François Mitterrand

This book is more than a history lesson or a political essay. It is above all a moving account by a man whose life was informed by his countrys destiny, influenced by the wars that tore his country apart, and who was determined to build a new, open, self-confident Europe, capable of making History, instead of being subjected to it.