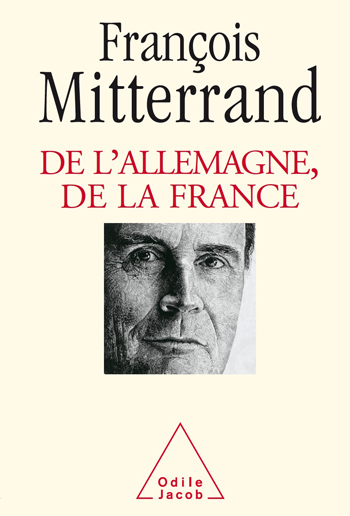 Of Germany and France

"I dream of the predestination of Germany and France, that geography and their historic rivalry designate them to give the signal for Europe. If they have retained the best of what I don't hesitate to call their instinct for grandeur, they will understand that this is a project worthy of them.They will first have to convince themselves: France has always been drawn to the idea of keeping to itself and the epic illusion of glory in solitude. Germany has always hesitated between its vocations, either as a nation secured to the union of Europe, or as the unspoken heir to imperial ambitions.They will tell me: it's a utopia! But what is utopia? Either it is an absurdity, and time will see to a response. Or else it is merely the anticipation of a new, possible state. If there were a burst of willpower, at this unique moment when all is possible in Europe, then the utopia would be a reality. And many among you will know it."
François Mitterrand

Beyond the lesson of History, beyond the political essay, this book is the moving testament of a man infused with the destiny of his country, instructed by the wars that wrenched it apart and determined to construct an open and confident Europe, one that would be capable of making History instead of suffering it.