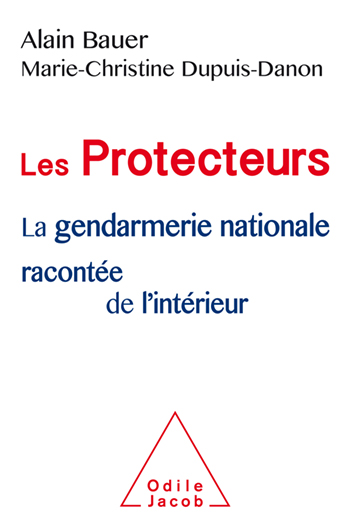 The Protectors An Inside History of the French Gendarmerie

Alain Bauer is professor of criminology at the National Conservatory for Arts and Crafts (CNAM Paris) and a senior research fellow at the John Jay College of Criminal Justice (New York) and the University of Law and Political Science of China (Beijing) [from Wikipedia]. A former advisor to the politician Michel Rocard, he has been consulted by many governments on issues relating to security and terrorism. He is the author of more than fifty works published in a dozen different languages.
Following a career in investment banking, Marie-Christine Dupuis-Danon has joined the team at the United Nations Office responsible for the fight against money-laundering. She is the author of several works and articles that deal with organized crime and terrorism from a financial perspective.
Following Les Guetteurs [the Lookouts], the first history of French Intelligence as told by its heads, here is Les Protecteurs, the inside history of the National Gendarmerie. From its origins to the present day, it retraces for the first time the evolution of this force at the heart of the nation: the Connétablie, the Sénéchaussée, the Maréchaussée, and finally the Gendarmerie.

Today’s Gendarmerie no longer has anything in common with the affable caricature of the Maréchal des Logis Chef Cruchot. It has fully entered into modern times. 130,000 men and women are involved in an unprecedented transformation to respond to the challenges of our age. The range of its missions is the most extensive of all security forces, and its connection with citizens one of the closest. 2019 marks the tenth year of its joining the Ministry of the Interior, under the patronage of its hero, Colonel Arnaud Beltrame.