...
Catalog
Human Sciences
Religions, Spiritualities
Hasidism: The Jews of France in the Face of Fundamentalism 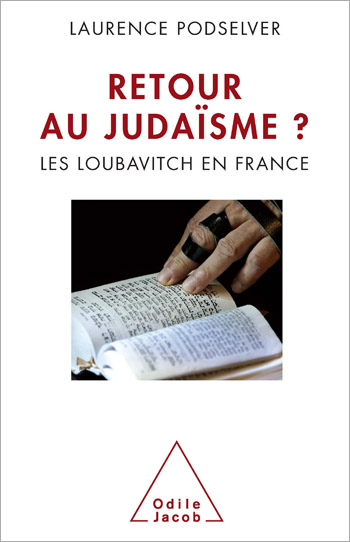 Hasidism: The Jews of France in the Face of Fundamentalism

Laurence Podselver is an anthropologist and a research fellow at the Ecole des Hautes Etudes en Sciences Sociales, in Paris. A specialist in contemporary Judaism, she is the author of Fragmentation et recomposition du judaïsme (2004).

During the past several years, the rise of religious issues and fundamentalism in public and political life has become a highly charged issue in France. Judaism, transformed, divided, and even broken up into various tendencies and followings, has not been spared. Setting aside the current controversies, conflicts and oversimplifications, the author argues that a carefully focused description and analysis of the Lubavitch movement in France can serve as an illuminating example to help us understand the emergence of religious issues and fundamentalism, in general, as a mass phenomenon that mixes ethnicity and religion, the sense of belonging and intellectual choices.
In twenty-first-century Paris one may be surprised to see men in traditional Hasidic garb, with their beards, flowing sideburns and long black coats, who strikingly resemble nineteenth-century Jews from Poland and Russia, as described by traditional Yiddish writers. Who are these Hasidic Jews? How do they live and work? What inspires and structures their itinerary and their social and family lives? Writing from an anthropologist’s point of view, Laurence Podselver scrutinises the daily lives of these burgeoning Hasidic communities, and helps us understand individual choices, conversion and its underlying causes, the role of schools, the position of women, etc.
Throughout the book she asks the following questions: why are all, or nearly all, the Lubavitch families living in Paris and its suburbs comprised of Jews who have recently made a religious “comeback”? What does this suggest about France and contemporary Judaism?

• Based on years of study, this unusual anthropological study, helps us understand the individual itineraries that explain why so many Jews, previously cut off from religious practice and from a sense of belonging, have chosen to go back to a powerfully structured community life.

• Fundamentalism, religious backlash, communitarian excesses, intercultural clashes: all these vague, abstract notions, which are regularly flung about in debates on such issues as “national identity” and “living in a shared space”, cannot be understood without a precise enquiry into individual destinies — and that is what this book does.