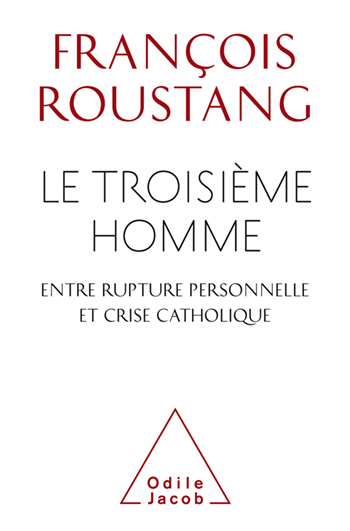 The Third Man Between Personal Breakdown and Catholic Crisis

François Roustang, a dissident clinical psychoanalyst and hypnotherapist, has carried out a radical exploration of the conditions for change.
[no mention of Ève-Anne Rustang]

A key event in the life and thought of François Roustang

The Third Man marks an important rupture in the life of François Roustang: this text, published for the first time in 1966, signals the time when he definitively distanced himself from the Church. A Jesuit at the time, editor-in-chief of the journal Cristus, François Roustang found himself stripped of his positions following the publication of this text, in which he criticizes the Second Vatican Council.

The contributions of three specialists in the history of Christianity – Danièle Hervieu-Léger, Étienne Fouilloux, and Claude Langlois – put into perspective the crisis provoked by The Third Man, which reflected the sense of discontent felt by many Catholics at the time. A major event in the life of François Roustang that occurred at the same time as a turning point in the social history of Catholics.