...
Catalog
Human Sciences
Religions, Spiritualities
Why Do We Believe? 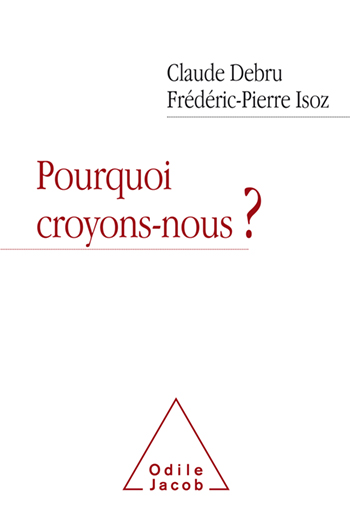 Claude Debru is a philosopher and historian of the life sciences and medicine, emeritus professor at the École normale supérieure, and a member of the French Academy of Sciences.
Frédéric-Pierre Isoz is a psychoanalyst.

This book is a dialogue between a philosopher and a psychoanalyst. It blends theoretical considerations (the positions of philosophers on belief, an evocation of the cognitive sciences, and evolutionist theories) and the reflections and observations of a clinician. In both domains, it offers an exchange in which differences and complementarities are expressed. The discussion is not linear and ordered as a treatise on belief would be; it proceeds through detours, points and counterpoints, in search of an accord and a consonance, through different forms of discourse and tonalities. The reader is thus invited into the intimacy of a dialogue in which two thinkers express themselves in a very personal way, answer each other, and also summon great authors and the contemporary world, during an inspired and inspiring intellectual exchange.