...
Catalog
Human Sciences
Right, Justice
And this is Justice 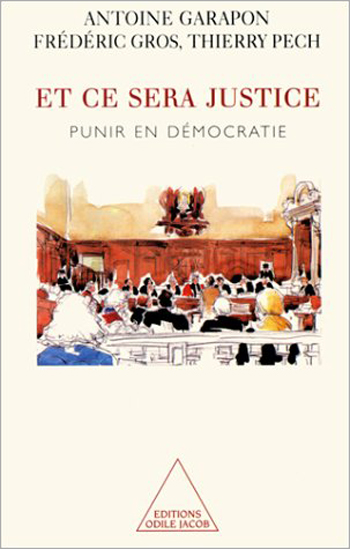 And this is Justice Punishment in a Democracy

local_libraryTake a look inside
After long years of silence, the painful subject of prison sentencing is finally being discussed in the public arena. In most cases, the point of view adopted is one of humanitarian indignation coupled with a denunciation of prison violence. The present French government is committed to a significant review of sentencing laws, requiring the justification of prison sentences, at a time when public opinion seems much more interested in improving prison conditions and in guaranteeing prisoners the most formal of rights. But once the angles of denunciation and technical improvements have been exhausted, the problem that remains is less one of deciding what should not be done, than of what should be done. In other words, we will finally have to find an answer to that most difficult of questions: What is the meaning of a sentence? This is the issue that the present book faces squarely and directly, from the philosophical, ethical and political angles. The authors goal is less to confront different viewpoints than to defend a shared belief: a just sentence is one that restores bonds.

Antoine Garapon, a former juvenile judge, is the founder of the Institut des hautes études sur la justice. He is an editor for the French magazine Esprit and the author of Gardien des promesses and Bien juger. He co-edited La Justice et le Mal with Denis Salas.

Frédéric Gros, a philosopher, is a lecturer at the University of Paris-XII. He is the author of Michel Foucault, Foucault et la folie and Création et génie, published by Presses Universitaires de France (PUF). He is the editor of the latest volume of posthumous lectures by Michel Foucault, LHerméneutique du sujet, recently published by Gallimard.