...
Catalog
Human Sciences
Right, Justice
Competition: An Idea that Is (Still) a Novelty in Europe and in France… 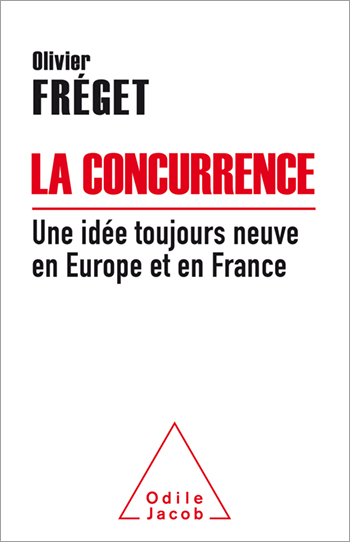 The Competition: An Idea that Is (Still) a Novelty in Europe and in France…

Olivier Fréget is a lawyer specialising in competition law and regulated sectors. His main areas of expertise are new technologies, energy, the media and the pharmaceutical industry. He notably represented new players against France Télécom, in 1997 and 2007. Before starting his own law firm, he was an associate at Allen & Overy LLP, a major international law firm.

After French voters decisively rejected the European Constitutional Treaty in 2005, France became the self-proclaimed home of Euroscepticism. The root cause of this example of French exceptionalism is the rejection of ‘competition on the merits’. According to Olivier Fréget, the French still regard competition as a destructive tool wielded by dominant members of society.
This book aims to celebrate the principle of merit-driven competition, as a value and as a goal and not only as a means of serving a policy. He shows that competition does not exist in a pure state of nature; it is ‘constructed’ and it is always in a state of ‘becoming’; it is the product of thousands of years of history, coextensive with the construction of national States.
Based on ordoliberalism, itself based on competition with rules, European competition law aims in effect to preserve pluralism while assuring the permanence and renewal of power. And so, contrary to Anglo-Saxon law, its priority is not to fight against Big Business but to check the indefinite expansion of the State.
This is a vibrant, forcefully argued and illustrated defence of competition in Europe.

• Drawing on the author’s extensive knowledge of European competition law, this book includes numerous examples from a variety of business enterprises: from health to metallurgy, from agricultural production to telecommunications.
• An original examination of competition, which is not limited to economic aspects.