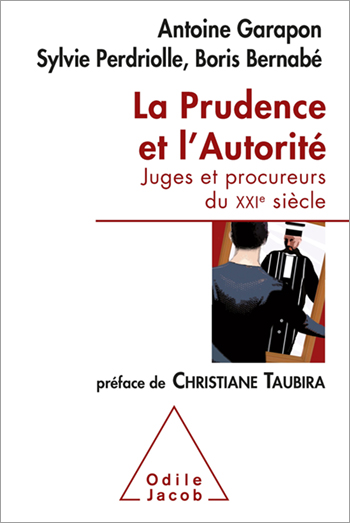 Antoine Garapon is a magistrate. He directs the French Institut des Hautes Etudes sur la Justice.
Sylvie Perdriolle is the president of a chamber of the Paris Court of Appeal. She was formerly the director of legal protection for minors and the president of an Assize Court.
Boris Bernabé is a professor of legal history and a legal expert.

The French justice system must be reformed. It is now required to produce higher-quality results with straitened means. How can it do this?
The present report breaks with its predecessors in its approach: the authors redefine the judge’s duties by examining them and sorting out, according to certain criteria, the tasks that must be executed by a judge and those that may be performed by other members of society (individuals, lawyers, associations, local elected officials, civil society).
The second novelty is to regard the present challenge as an occasion to revitalise French democracy, through decentralisation or by imagining ways of associating the person on trial with society as a whole. The judge’s role should be reconsidered as part of a less hierarchical democracy, one where the Law would cease to be the sole centre of gravity.
The third novelty of this book concerns the way it discusses justice. It is not exclusively focused on judges’ independence and status but on what they really do: the core of their profession.
It has become necessary to take a broader, comparative view of the role of judges in France: comparative law, human sciences and of course history can all help to measure what has been achieved and what remains to be done.

Written by legal experts, this brilliant study of a profession — judges in France — was commissioned by the French government.