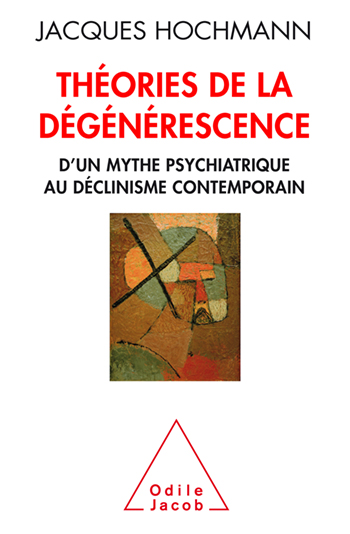 Jacques Hochmann is a psychiatrist and psychoanalyst. He is an honorary member of the Psychoanalytic Society of Paris, professor emeritus at Claude-Bernard University, and honorary physician at the Hôpitaux de Lyon. He is the author of Histoire de l’autisme (2008) and Les Antipsychiatries. Une histoire (2015) [didn’t find English-language editions]

Degeneration theory, developed by Bénédict Augustin Morel, which attributes mental disorders to the hereditary transmission of a pathological defect, was the great psychiatric theory of the second half of the nineteenth century.
Apparently abandoned, notably in the face of progress in genetics and out of an awareness of its terrible effects under the Nazi regime, the theory nonetheless maintained an occult existence, a sort of dormant myth, for some.
Supporting his ideas by his experience as a psychiatrist, psychoanalyst, and historian of psychiatry, the author aims to use the specific fate of a psychiatric theory as a means to contribute to an original perspective on the reactionary thinking demonstrated by many today.