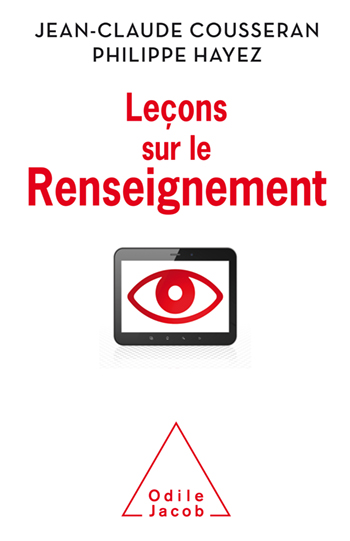 Jean-Claude Cousseran is a career diplomat and a specialist on the Arab/Muslim world. From 1989 to 1992, he served as the senior director of strategy in the French government’s foreign intelligence agency, the Directorate General of External Security, and from 2000 to 2003 as its director.
Philippe Hayez, a judge at the Cour des Comptes (Court of Auditors), has performed various functions in the Ministries of Foreign Affairs and Defence. He was assigned to the Directorate General of External Security from 2000 to 2006. He cofounded the METIS seminar series on intelligence policy at Sciences Po University.
What is digital intelligence? What are the new human skills needed by the intelligence services? How must intelligence policies adapt to cyberattacks or even cyberwars? Is the implementation of intelligence techniques compatible with the requirement for accountability and the monitoring procedures of democracies?
Such are a few of the essential questions which two recognized professionals attempt to answer in this book. Analysing the conditions of the fragile balance between the growing requirement for efficiency by the intelligence services and the attempt to see their legitimacy firmly entrenched within France’s institutions, the authors discuss the adoption and implementation of the law of 24 July 2015 on intelligence in France, changes in the intelligence services and in their scope of action in the major democracies, the new forms of terrorism in Europe, the rise of cyberthreats, as well as the rising tension in the United States between President Donald Trump and the intelligence community. This highly comprehensive book is filled with examples and is based on broad international comparisons. It is intended for teachers and students as well as ordinary citizens and public officials interested in exploring the ins and outs of this vital but dangerous public policy.