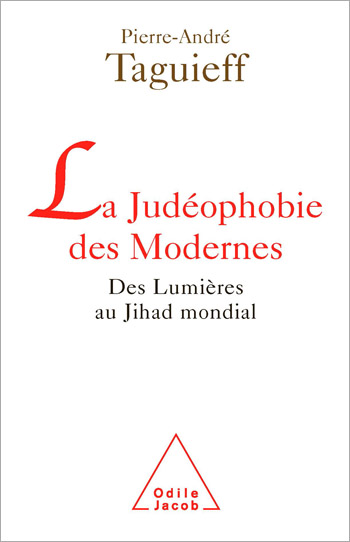 local_libraryTake a look inside
This book is about recent transformations in Judeo-phobia, as seen against the background of the long history of hatred of Jews and of the various forms this hatred has taken through the ages — from the anti-Judaism of Antiquity to radical anti-Zionism. It examines the invention and transmission of the theme of accusation, of diabolising narratives and of incriminating stereotypes. Long stigmatised in the West as “Asians”, “Orientals” or “Semites”, Jews today are denounced and rejected as “Westerners”. In past expressions of Judeo-phobia, the Jews were accused by Western Christianity. But now a new type of confrontation has appeared, in which the Judeo-Christian West is accused by its enemies. As a result, the Jewish people are diabolised through their polemical assimilation with the West. The attacks of 11 September 2001 confirmed that behind the unabashed hatred of “American imperialism” there lurked a hidden loathing of Jews that scarcely differed from Nazi anti-Semitism.

This transformation lies at the core of the new anti-Zionist Judeo-phobia and indicates that we have entered a new era of anti-Jewish passions that could be classified as “post-anti-Semitism”. The “Zionist enemy” is denounced as “racist” at a time when the reigning international consensus is antiracist. Stigmatised as “Westerners”, stripped of their “Semitism”, the Jewish people have undergone a change of status — from enemy race to racist enemy. All these accusations converge toward a single conclusion that can be formulated as: the Jewish people are intruders in the human race. With the result that Israel is perceived as a superfluous State, a Monster State.

This book aims to explore the configuration of contemporary anti-Semitism, to identify its main components, to analyse the conditions that led to its emergence, to evaluate its capacity to spread, and to find how it fits into the long, non-linear history of forms of Judeo-phobia. It offers a masterly synthesis of existing research into Judeo-phobic myths and beliefs, a diagnosis of the state of Judeo-phobia in the world today, and a detailed analysis of how Europe — and particularly France — is confronting the current anti-Jewish wave.