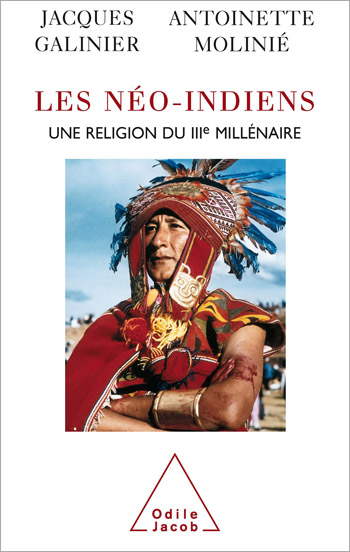 local_libraryTake a look inside
The election on 18 December 2005 of Evo Morales as the first indigenous president of Bolivia, with 54% of the votes, was viewed as a revival of Indian identity. Dressed in traditional Aymara robes, Morales was officially sworn in at Tiwanaku, a pre-Incan site.
In 2001, Alfredo Toledo, the newly elected Peruvian president, was sworn in at Machu Picchu in a traditional Inca ceremony, officiated by shamans who made offerings to the gods of the mountains.
Comandante Ollanta Humala, the presidential candidate of the Movimiento Nacionalista Peruano in the up-coming Peruvian elections, has emphasised his Inca descent.
This book examines the new forms of indigenous identity. According to Jacques Galinier and Antoinette Molinié, todays Neo-Indians in the Americas have little in common with their ancestors, as described in anthropological studies; nor are they the product of the ethnic and cultural intermingling advocated by anti-racist Western intellectuals. Instead, argue the authors, these new Indian movements are the children of Western television and of Disneyland. In their daily life, the Neo-Indians do not wear feathers but polyester  although on feast days they may dress as Aztec or Inca royalty, and their traditional robes have been known to inspire Californian clothes designers. They no longer dance for rain, but to entertain tourists, and they rifle through the writings of anthropologists to learn about their own ceremonies.
According to Galinier and Molinié, the contemporary Neo-Indian culture is the result of a strange mix, which draws on comic books, Hollywood westerns, New Age spiritualism, mass tourism, ethnology and anti-globalisation. With their transnational identities, their languages and their sense of ethnicity  as well as their use of the Internet  these new indigenous peoples have altered the North-South dialogue. This book aims to help readers understand the emerging struggles in Latin American.