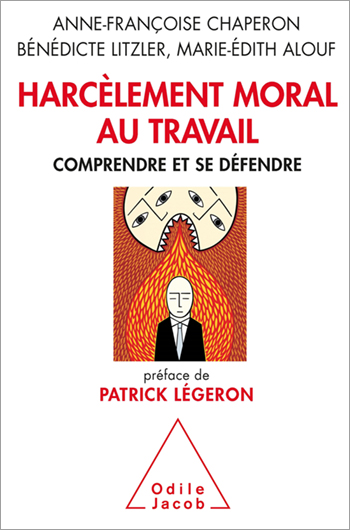 Psychological Harassment in the Workplace

Anne-Françoise Chaperon is a clinical psychologist and a consultant for business enterprises on psychosocial risks in the workplace.
Bénédicte Litzler is a lawyer on the Paris Bar, working primarily in the area of social law.
Marie-Edith Alouf is a journalist.

Psychological harassment is especially pernicious because it often goes unnoticed. Before a victim becomes aware that he or she is being harassed, numerous factors, linked to psychic destruction and the loss of self-esteem, have already taken hold. The better informed we are, the better equipped we will be to identify and challenge harassment. Such is the goal of this book.
From the legal point of view, a delayed awareness in proving harassment often works against the victim. This is why the notion of harassment is dealt with here in its various aspects. First, there must be an understanding of the psychological phenomena (manipulation, undermining of self-esteem) and then of the means of protection (self-assertion, counter-manipulation, awareness of unconscious patterns). And if psychological self-defence is not enough, the next step is legal action.
Illustrated with numerous testimonies and adapted to both public and private sectors, the approach described here covers the range of means, from psychology to legal action, that are available to victims of harassment.


• An approach based on the unique collaboration of three experts — a psychologist, a lawyer and a journalist — and a close study of several cases.
• Psychological harassment is a growing issue. In France, it concerns 10% of the population.
• An indispensable tool in the prevention of harassment: defining, understanding, self-defence, action.
• A presentation of French legislation, in the private and public sectors.