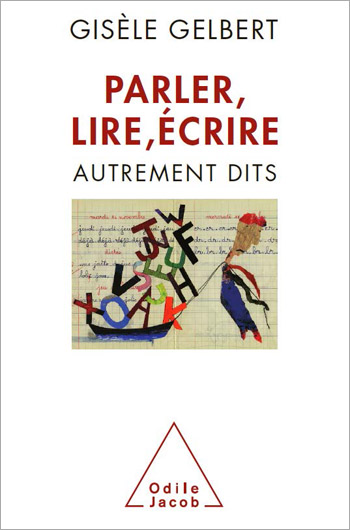 Speaking, Reading, Writing In Other Words

Gisèle Gelbert, a neurologist specialising in aphasia, revealed the existence of aphasic type disorders and developed a therapeutic approach to treat these pathologies. She is the author of Lire, c’est vivre (1994), Lire, c’est aussi écrire (1998) and Un alphabet dans la tête (2001).

This book demonstrates that Gisèle Gelbert’s theoretical approach using the notion of “Aphasic Type Disorders” really works. Children who suffer from these language disorders are incapable — or next to incapable — of talking, reading and writing, even though their education is not at fault and they have no physical impairment or psychological disorder that could explain the problem. Until now none of the accepted therapies have produced results.
By following the progress of two children, Jeanne and Rigobert, aged 7 and 5, we observe how the theory works, its exactness and pertinence, and we witness the improvement in the children’s speech, previously considered inarticulate.
The book addresses practitioners working with children, theoreticians in education sciences and, above all, parents. For parents as well as professionals what matters is obtaining results — even if a complex pathology demands a complex explanation.

• Several specific examples demonstrate the effectiveness and the success of Gisèle Gelbert’s method.