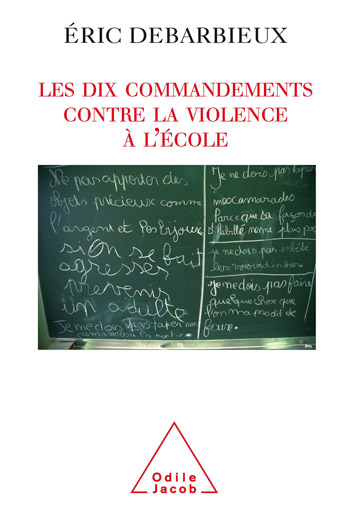 local_libraryTake a look inside
The question of school violence became a burning issue of public debate more than twenty years ago. Yet all the available facts and figures indicate that the problem of physical and verbal aggression in schools is far from being resolved: not only are there more acts of aggression but their violence has increased.

Eric Debarbieux, the director of the International Observatory on Violence in Schools and the organiser of four international conferences on the subject, provides the scientific grounding to help us understand and prevent school violence. Inspired by numerous international studies, the “ten commandments” that he presents here are in essence ten proposals that have the consensus of the scientific community. Ignoring the dictates of political correctness, the author presents his recommendations in a clear, accessible manner. He examines a wide range of issues: the efficiency and reliability of methods used to calculate the frequency of acts of school violence, how to protect victims, the conduct of teachers and educators, special training for school staff, and the role of parents and the community.

The author is an international authority in the study and prevention of school violence.

The ten recommendations the author gives here are based on his direct, intimate knowledge of the problem of violence in schools and on the numerous enquiries and studies he has carried out in the field. Often iconoclastic, his ten recommendations draw on the comparative study of a variety of experiences, not only in France and in other European countries but also in the United States and Africa. In making his recommendations the author has eschewed dogmatism, facile ideologies and demagogic arguments, in favour of a clear illuminating approach.éric Debarbieux, a professor at the University of Bordeaux-II, has directed many studies on school violence and juvenile delinquency in France and in many other countries. A former educator and teacher of troubled and at-risk children and teenagers, he is currently the director of the International Observatory on Violence in Schools and a member of the Orientation Committee for France's National Observatory on Juvenile Delinquency.