...
Catalog
Human Sciences
Societal issues
Wealth of Nations and the Well-Being of Individuals 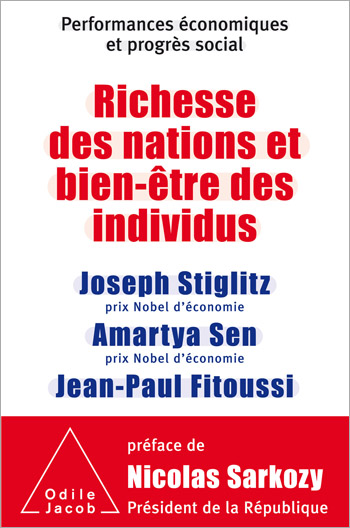 “If we do not want our future, our children’s future and that of succeeding generations to be strewn with financial, economic, social, ecological and, consequently, human catastrophes, we must change our way of life, how we consume and how we produce.
“We must modify the criteria that govern our social organisations and our public policies. For such changes to be fully realised a revolution must first occur in our minds, our ways of thinking, our mentalities, our values.
“It was this powerful conviction that led me, in February 2008, to ask Joseph Stiglitz, Amartya Sen and Jean-Paul Fitoussi to create a commission made up of the world’s finest experts. To surmount the present situation habits of thought had to be shaken. A debate had to be initiated — and that debate had to be carried out at the highest levels of competency.” Nicolas Sarkozy