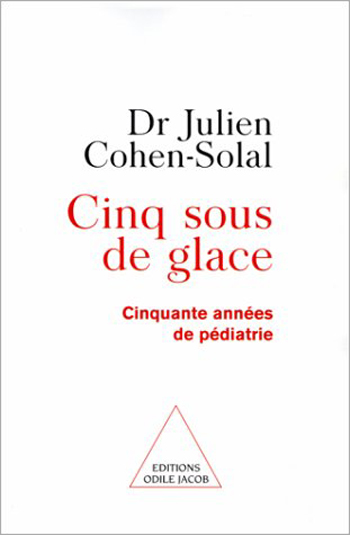 local_libraryTake a look inside
Julien Cohen-Solal has made some of the greatest progress over the past several decades in France in understanding the needs of young children. His advice and his writings have influenced innumerable parents concerning health, education, and emotional relationships within the family. A pediatrician with a hospital education, and a student of Robert Debré, Cohen-Solal was a part of the amazing progress accomplished in his discipline. Passionate about psychoanalysis and psychology, he encourages an integration of these approaches with medical practice. After many of his books have become classics in the field and served as landmarks to many families, Cohen-Solal tells today of his childhood and adolescence in Algeria during the 30s and 40s, of his discovery of the Parisian post-war medical world, of the influences and discoveries that punctuated his education, and of relationships with parents and children that were important to him. Now is the occassion to celebrate fifty years of pediatrics in France, fifty years of scientific, clinical, and psychological advances. The opinion of the child, the care it is given, and the methodology of parenting have all radically changed in half a century. Julien Cohen-Solal played an essential role in this evolution, and this book explains how and why.