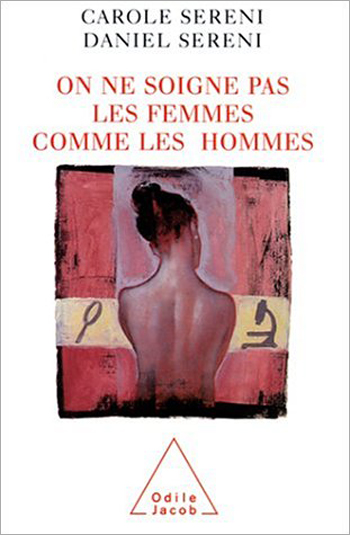 local_libraryTake a look inside
In biology and medicine, the male of the species has always been considered as the norm, and the female has always been seen as a variation, or as similar except for a sexual difference. As a result, all new experimental medication is tested on male volunteers  even the early oestrogen-progestin contraceptive pills were first tested on males!
But researchers are finally realising that there are specific female reactions relating both to pathology and biology. A new area of study is even being developed, concerning the different expressions of diseases in function of gender. Research is being carried out to clarify the biological foundations of these differences and to develop specific forms of treatment.
It would seem that unisex medical treatment is not always the best or most efficient in caring for women. In the case of certain illnesses that female patients seem to complain of more often, such as migraine and depression, being female has sometimes been regarded as a sufficient explanation for the illness, without it being considered necessary to understand the causes or question accepted treatment and care. Alzheimers is a case in point. Not only is it more common among women than men, but it also produces gender-specific symptoms.
The goal of this book is to describe specifically female characteristics in the area of health, so that in future women will receive better and more attentive healthcare. Why do women suffer more frequently from migraine? Why are they more sensitive to pain? Do painkillers have the same effect on men and women? Why is depression more frequent among women? Is there a hormonal explanation? A sociological explanation? Are women more fragile psychologically? What is known about the effects on women of smoking and alcoholism? Is the immune system gender-specific? Why do more women than men die of cardiovascular diseases?