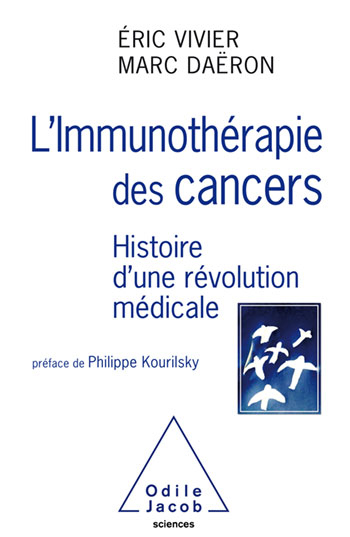 Immunotherapy of cancers History of a medical revolution

Eric Vivier, professor of immunology at the Université Aix-Marseille, is honorary director of the Centre d’immunologie de Marseille-Luminy and director of research at the biotechnology company Innate-Pharma. He is also a member of the French Académie de médecine and the Institut Universitaire de France.

Marc Daëron, director of research at Inserm [French National Institute of Health and Medical Research], former director of the department of immunology at the Institut Pasteur, is a member of the Institut d’histoire et de philosophie des sciences et des techniques.

We have known for a long time that the immune system is capable of ridding an organism of all intruders that might threaten its survival. All, or almost all: a cancerous tumor is the exception. Without our knowing why, a cancer cell thwarts immune system alerts, and calmly proliferates, whereas killer cells and other lymphocytes nearby could eliminate it in just a few hours.

The idea of reprogramming the immune system to fight cancer cells through the development of antibody-producing medication, is shaping up to be a true therapeutic revolution. Today, in conjunction with classic approaches (chemotherapy and radiation), it is gradually gaining ground. Great success has already been recorded, alongside unexplained failures, which stresses the power of the approach, but also the challenges involved: it’s a matter of “awakening” the immune system, but not of inciting it to declare war on the entire organism…

Here the authors tell the enthralling story of new cancer immunotherapies, from the first observations at the beginning of the twentieth century to the discovery of checkpoints that block immunity, and the development of the first generation of “anti-cancer medication” which frees up immunity. A notable fact: this scientific revolution is accompanied by an unprecedented reorganization of collaborations between research and industry, the guarantee of increased effectiveness. Immuno-oncology is being born under the best auspices, and it will make headlines in the years to come.