...
Catalog
Medicine
Oncology
Cancer: The Patient is a Human Being 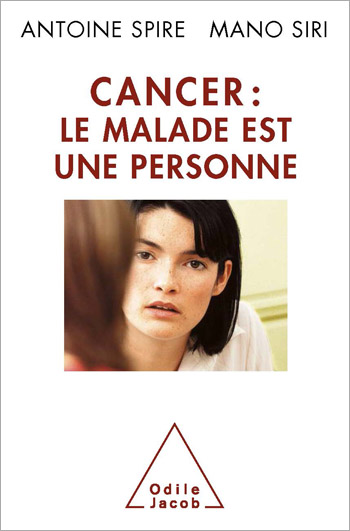 Cancer: The Patient is a Human Being

Antoine Spiro is a journalist and radio broadcaster and the author of numerous books, most notably with George Steiner, Jacques Derrida and Pierre Bourdieu. He was formerly the director of the Research Department in the Humanities at France’s National Cancer Institute.
Mano Spiri is a philosopher.

“In this book, we wish to tackle all the problems raised by the terrible quantitative and qualitative development of cancer in France.
“At every stage of cancerology and of the disease itself, we would like to question the place of the patient, and to query, from the patient’s point of view, the clinical and therapeutic aspects as a whole. That is why from prevention to diagnosis to the eventual approach of death, and through such phases as announcing the disease, the treatments and their effects on the patient, we have tried to counter the dominant ‘protocolisation’ and the absence of critical thought, regarding the logic of existing therapeutic practices.
Can contemporary medicine, which places an objectified human being at the centre of its clinical, therapeutic and even social concerns, avoid the present encounter with the humanities, which arose in the course of this scientific, technical and political revolution?
We wrote this book based on research carried out at the National Cancer Institute. In it, we appeal for a new creative impulse in the humanities in conjunction with the highest performing medicine. Cancer patients need it. And it is their right to get it. It is not a question of simply adding a humanistic supplement to medicine, or of providing a vague package of generous prescriptions and tacking it on to medical science and technique, but of a revolution in the ways of thinking and acting among cancerology teams, who are requested here to return to their clinics and to an individualised art of medicine, without the loss of any technological advances.” Antoine Spire and Mano Siri

• Prevention, diagnosis, prognosis, conventional and parallel treatments, friends and family, secrecy, social recognition, fear of relapse, euthanasia, etc: at every stage and on every level of the long-term disease that is cancer, the authors reflect on actual practices, on existing problems and on the developments that can be provided, so that beyond all empty claims the patient really does remain a human being.