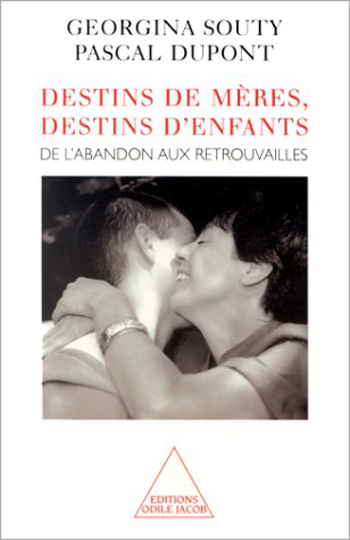 Destinies of Mothers, Destinies of Children From abandon to reunion Postface by Geneviève Delaisi de Parseval.

local_libraryTake a look inside
What does a mother show by giving birth anonymously ? What is it that drives her, sometimes, to again look for the child she has abandoned ? And what drives the latter  the former abandoned child himself  to go in search of his origins ? Are the goals and expectations of the child the same as those of the mother ?
For the first time, children born by X, today adults, bear witness. They discuss the shame and the guilt, the desire for reconciliation, the fear of being judged. Still others discuss the fear of failing in their search, of losing their adoptive parents, of being rejected again a second time.

Georgina Souty coordinates a French organization which seeks the right to the origins of abandoned children.

Pascal Dupont, who was born  by X  , was adopted when he was four months old. He is a screenwriter.