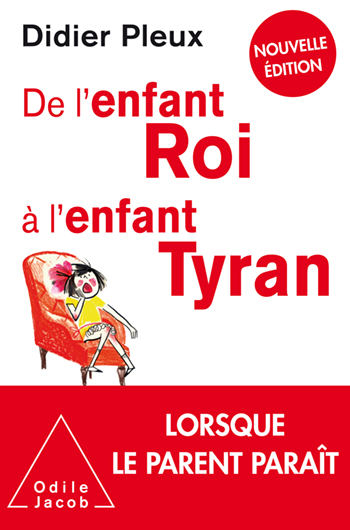 Didier Pleux has a Ph.D. in developmental psychology, is a clinical psychologist, psychotherapist, and a renowned author of works in education. He is director of the Institut Français de Thérapie Cognitive. He is the author of many best-sellers, including: De l’enfant roi à l’enfant tyran [From the Child as King to the Child as Tyrant]; Exprimer sa colère sans perdre le contrôle [Expressing Your Anger Without Losing Control]; Un enfant heureux [A Happy Child]; Les 10 commandements du bon sens éducatif [The 10 Commandments of Child-rearing Common Sense]; and Le Complexe de Thétis [The Thetis Complex].

Published some twenty years after the first edition of De l’enfant roi à l’enfant tyran, a book in which the author described the emerging phenomenon of young children who hold power over their parents who were loving, but who had abdicated their authority.

Didier Pleux returns to the subject, because tyrannical children have not disappeared. Far from it. The past two decades have only confirmed his hypotheses.

After revealing a social phenomenon, this new edition again stresses the educational mission of parents and aims to reinforce it and, by providing advice, to support them in their role as educators. A clear and steadfast position promoting the educational role of parents in the face of a child who needs authority to develop. Raise them better in order to love them better.