...
Catalog
Psychology
Child development
How My Shrink Saved My Life 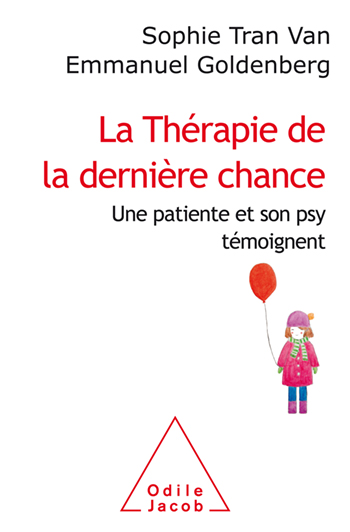 Sophie Tran Van is a children’s books publisher.
Emmanuel Goldenberg is a physician, psychiatrist, and psychotherapist. He is trained in psychoanalysis, in behavioral and cognitive therapies, and in relaxation and hypnosis.

“Everything they write happened just as they tell it.

She was doing so badly that she couldn’t even talk. So she would send him emails after sessions. When she couldn’t write, she drew pictures. Drawings of a little girl. During the four years of her therapy, this is how she expressed herself. And he responded to her. Didn’t they ever respect the rules of therapies? Yes, of course. He always had a frame of reference in mind, but a single psychotherapeutic approach would not have been enough, and he had to constantly improvise to adapt to the situation.

No one was sure of the results. They were walking on a tightrope.

Today, he says she is cured, but she prefers to say that she is freed. And she would like all children or adults who are like she to have this opportunity for a therapeutic encounter that will save them.” S. T. V. and E. M.