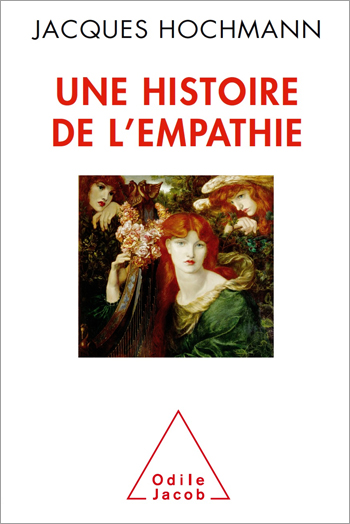 A Short History of Empathy

Jacques Hochmann is an honorary member of the Paris Psychoanalytic Society, a professor emeritus at Claude Bernard University and an honorary physician for Lyon city hospitals. He is notably the author of Histoire de l’autisme, Pour soigner l’enfant autiste and La Consolation.

Empathy is the latest catchphrase. It is used in management, marketing, medicine, social work and education. For psychologists, empathy lies at the heart of infant development. Psychotherapists from different schools see it as their essential tool, while neuroscientists are trying to determine its biological foundations. Even politicians and the media have seized on the term.
Why did this word (which did not exist in French fifty years ago and is still absent from some French dictionaries) suddenly become so popular? Perhaps because for many lonely people nowadays it is both a cognitive process that allows them to apprehend another person’s intimacy and an affective movement toward the other, which incites them to appreciate and share emotions.
What is the origin of the word “empathy” and what does it really mean (setting aside the confusion that surrounds the term)? What was empathy before the word entered common usage, when “sympathy” was the usual term? For Freud and Husserl, empathy was a way of putting oneself in another person’s position; for Scheler and Ferenczi, as well as Rogers and Kohut, it added an affective tone. How did the notion develop, first in philosophy and later in psychology and the neurosciences?
In this wide-ranging panorama of all the major theories concerning empathy, Jacques Hochmann does not neglect the evolutionary viewpoint that grounds empathy in the animal world, making it the object of scientific research and allowing us to examine in a new light such serious pathologies as childhood autism and schizophrenia.

• In 1935 the Austrian psychoanalyst Reik declared that the word “empathy” was meaningless, yet today it has become the latest buzzword. This concise, clearly written work is the book to read to understand the significance of a notion that has become central to many fields.
• A psychoanalyst, but also a historian and cultural observer, Jacques Hochmann offers us here a fascinating journey through the history of philosophy and psychology, up till the most recent, state-of-the-art research.