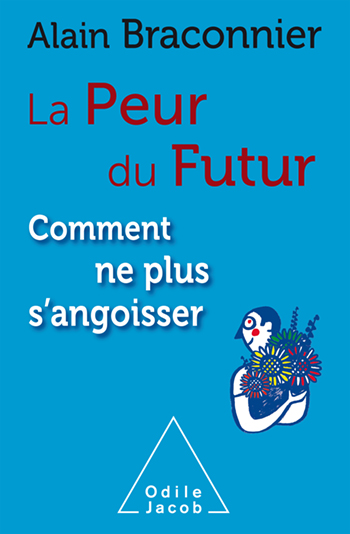 Be Brave, Let’s Dream! How to Think of the Future Without Stressing Out

Alain Braconnier is a psychologist, psychiatrist, former director of the Association de Santé mentale in the 13th arrondissement in Paris, head of APEP [Association Psychanalyse et Psychothérapies] training at the Pitié-Salpêtrière hospital, and emeritus professor at the École des Psychologues Praticiens. He is the author of best-selling books including Mère et Fils; Les Filles et les Pères; Petit ou Grand Anxieux; Être parent aujourd’hui; Protéger son Soi; and Optimiste [any in English?]
A concrete psychology to think better about the future

Today, a large number of people – parents, couples, young adults, people of all ages – are feeling a sort of melancholy. The future presents them when many questions. Of course, there are new ways of living, of creating, the progress made in the realm of knowledge, in medicine and science overall, is constant and staggering. Except that we have the feeling of having aged a millennium in just a few years, and of advancing in a world that has never been so uncertain. Nothing is simple in this world whose bearings change at the speed of light. And yet we must above all not lose “the courage to dream,” to dream of a better future, a human future. But how can we do this in concrete terms? Which personal attitudes should we develop?

This is what Alain Braconnier proposes in this book, which comes out of his patients’ questions and the responses he has provided them. It is possible for each one of us, at any age, to think about the future while developing certain specific attitudes when the uncertainty of tomorrow starts flashing red. In order to fight against the melancholy of the future.