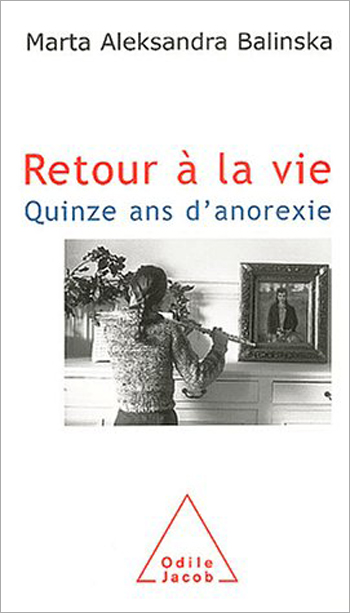 Coming Back to Life Fifteen Years of Anorexia

local_libraryTake a look inside
This book tells the story of a survivor. At the age of 23, Marta Balinska weighed 26 kilos. After a fifteen-year struggle, she finally overcame anorexia
Jai été anorexique is much more than an autobiographical account. It is also an indictment of the cruel and inadequate care that anorexics are subjected to. The author denounces doctors brutality and the barbaric conditions of incarceration that exist in psychiatric hospitals. Although the world she describes here may seem archaic, the events mentioned occurred recently and the conditions still exist today  for the simple reason that the prevalent idea is that anorexics have chosen to be anorexics.
Marta Balinska upsets the stereotypes related to anorexia. Not only does she give a particularly moving account of her experiences, she also makes an appeal to radically alter the way anorexics are cared for. Instead of being treated like wild animals that must be force fed, anorexics should be listened to and understood.
This book takes a new look at anorexia and questions many commonplace ideas about the disease.. It should give hope to anorexics and their families and friends.

Marta Balinska was born in 1965 and is now a researcher in the field of public health for Aventis-Pasteur, in Lyon. She teaches public health at the Institut dEtudes Politiques, in Paris. In 1996, she was awarded the Medecs Grand Prix Littéraire for Une vie pour lhumanitaire, a biography of Ludwik Rajchman, the founder of UNICEF, who was also her great-grandfather.