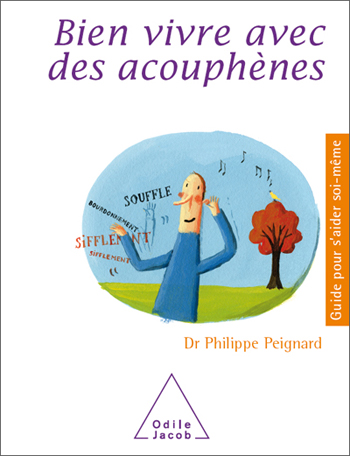 local_libraryTake a look inside
Tinnitus is the perception of a sound (usually ringing or buzzing) in the absence of an external noise. Although the sound may be linked to an undetected lesion in the auditory system, it is the suffering it provokes that is considered abnormal.

Hyperacusis is hypersensitivity to ordinary sounds that others find tolerable, such as the rustling of paper or the tinkling of cutlery. Hyperacusis is caused by the exacerbation of perception in the brain.

In neither case does the auditory disorder account for the intensity of reactions. Patients' psychology plays a major part in their suffering.

Traditional otorhinolaryngology is powerless to treat such disorders, yet cognitive behavioural therapy provides lasting improvement in 70 per cent of cases (i.e. patients become indifferent to the auditory phenomena).

Included here are exercises to guide readers through each step in the healing process.

• A new concept: the author explains the basic mechanism underlying the disorders, and calls it the syndrome of maladjustment.

• A tried-and-tested method of soothing suffering. The author, who specialises in treating patients with tinnitus and hyperacusis in a multidisciplinary environment, proposes the most effective existing form of therapy.

• A practical guide, including all the necessary tools and exercises to obtain a lasting cure.

Philippe Peignard is a general practitioner specialising in the treatment of tinnitus and hyperacusis. He teaches at the University of Paris-V and at the French association for cognitive behavioural therapy (AFTCC). He is attached to the Otorhinolaryngology Department at the Hôpital Européen Georges Pompidou, in Paris, and to the pain evaluation and treatment centre at Hôpital Ambroise Paré, in Boulogne.