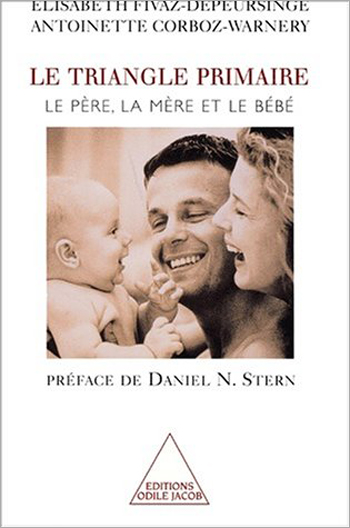 How do a father, a mother, and a baby communicate when they are together? How do the two parents situate themselves in relation to the child? How does the child react to its two parents? In short, how does this basic trio function at the crucial moments of its first intimate interactions?
Exploring this field of research which has until now been only slightly addressed, Elisabeth Fivaz and Antionette Corboz identified a paradigm, hence known by the name 'the tripartite interplay of Lausanne'. They asked numerous families to play together according to a predefined scenario: the three play, or rather two play and the third watches. Thanks to sophisticated technical means, the researchers were able for the first time to film this three-person interaction, up close and in detail.
The results of this study reveal a new type of baby, the 'triangular baby', who is capable of communicating with both parents at the same time from the first trimester of life. The relationship between two, mother and baby, is therefor not a unique and original relationship. It suffices to put the young baby in a 'trilogy' with its mother and father to discover this unsuspected ability.
A discovery that requires a fundamental revision of our conceptions of the development of an infant and that opens up novel perspectives for the improvement of fledgling family relationships. A book sure to become, in France as well as Switzerland, a classic.

Elisabeth Fivaz is a professor of clinical ethology at the school of medecine of the University of Lausanne. Psychiatrist and psychoanalyst, Antoinette Corboz is a specialist in family therapy. Together, they founded the Center for Family Studies in Lausanne.