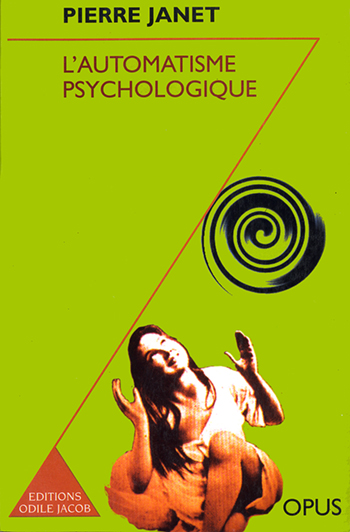 local_libraryTake a look inside
The existence of the unconscious was first demonstrated in 1889 by Pierre Janet in Psychological Automatism. Before Freud, Janet found that when certain patients remembered unconscious traumas, they got better. His findings are illustrated with numerous case studies. The book was an immediate success and would remain popular for forty years. Although Psychological Automatism is regarded as a basic textbook and is frequently cited, it has been out of print for decades. The publication of this new edition is to be applauded. Readers will now be able to discover or rediscover Janet's major synthesis of the workings of the human mind and his significant contributions to the field of psychology.

A philosopher and professor at the Collège de France, Pierre Janet (1859-1947) also headed the psychology laboratory at the Clinic of Neuropsychology of the Salpêtrière, in Paris, which at the time was directed by Jean-Martin Charcot. Janet is the author of Névroses et Idées Fixes and De l'Angoisse à l'Extase.