...
Catalog
Psychology
General Psychology
Slimming is simple and in your head 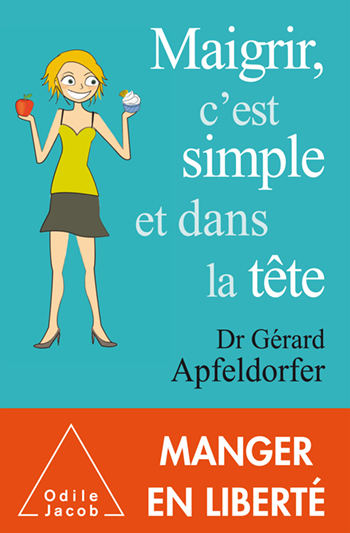 Slimming is simple and in your head New, revised and enlarged edition

Even if the popularity of weight-loss diets has greatly diminished, the desire to lose weight remains a widespread obsession. But losing weight is more difficult than you think. When you want to lose weight, eating quickly becomes a source of anxiety and guilt, because you have a tendency to believe that to master your weight you have to control what you eat.

For a long time Dr. Apfeldorfer has in fact shown that it is useless to attempt to fight against the automatism of the body, because one eats with what one is, with one’s concerns, ones desires. The solution, rather, involves listening to oneself in order to stop eating as a response to one’s problems or emotions. To eat while being kind to oneself, in a certain sense, rather than being self-restrictive. All of this is explained in Maigrir, c’est dans la tête, and these connections between the body and the psyche in weight loss has for a long time been validated by scientific research. In this new edition, the author notably looks at intuitive food to calm the act of eating, and his advice is brought up to date in function of recent experiments in the field. A book that continues to speak to the women and men who want to lose weight while being at peace with themselves, and to accompany them on their journey.